The Lancia Delta Integrale is best known for its domination of the World Rally Championship in the 80s and early 1990s. Constantly being developed, the first ‘Evoluzione’ cars were built at the end of 1991 and carried on through 1992 and these ‘Evo’ models were to be the final homologation cars built for the Lancia Rally Team competing under the Martini Racing banner.

Arriving in June 1993, a further development of the HF Integrale naturally became known as the Evo II and featured an updated version of the 2-litre, 16-valve turbo engine producing a little more power (215bhp) and incorporated a three-way catalyst and a Lambda probe.  In addition to the mechanical changes, the Evo II received a cosmetic and functional facelift that included, new 16″ light-alloy rims with 205/45 ZR 16 tyres, a body-colour roof moulding , an aluminium fuel cap, air-intake grilles on the front mudguards,and a red-painted cylinder head. 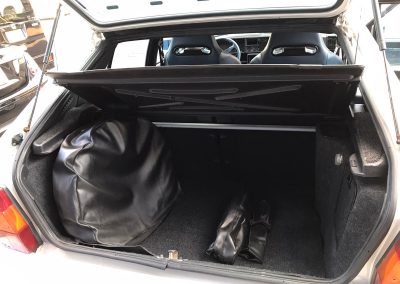 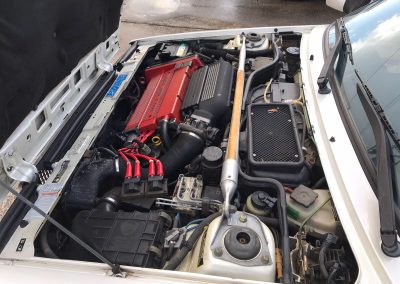